A Place One Is Allowed to Call Home 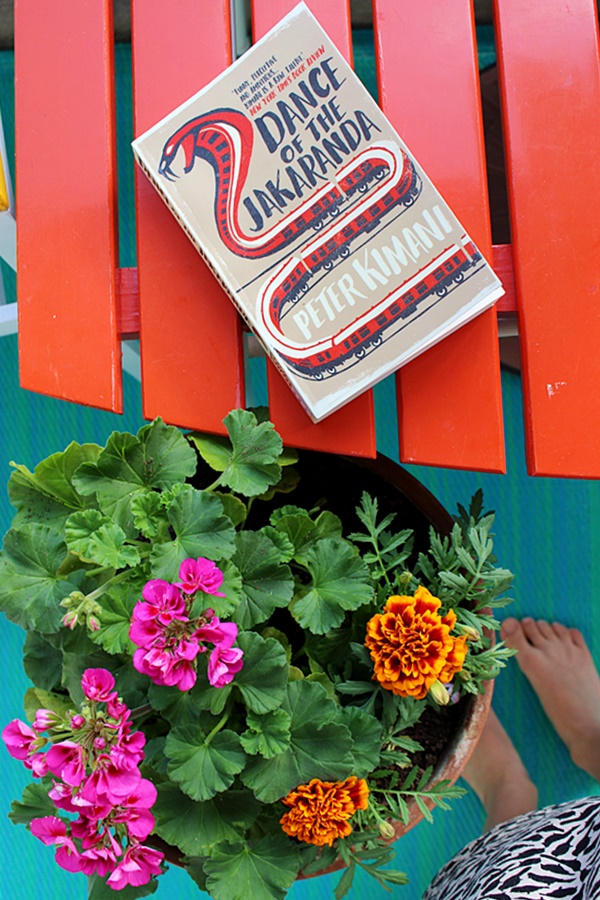 Dance of the Jakaranda is the first book I got to finish reading outdoors on my balcony. Summer gives it's own atmosphere to reading. The town is humming on the background, few cars passing the alley, scent of garden flowers or summer rain, sunshine that almost blinds you when you try to read. Maybe a cup of coffee if it is morning or ice tea if the moment in question takes place in the midday heat. No dusty indoor air and electric lights but soft breeze and changing hues on the sky. Reading has become an outdoor activity instead of something keeping you inside. A tunic and some headwear  are the only necessary clothes one needs these days. The other day when I was reading on my balcony for the whole day I saw how the scenery changed for greener in front of my eyes. I should have taken a picture to see the difference. And I swear I could see how the buds came from the soil, such is the power of summer sun. If the weathers are this great the following days I will be doing my evening reading outside. Or maybe I head from work to a park to read few pages before coming home. These are the moments we get in the middle of life. If today sun is shining and I have on hour or two I am going to take that sun. Actually there have been statistically rainy summers that I remember as sunny because in my memory are the days of sunshine that I spent outdoors. All weekends might be rainy but warm summer evening every now and then gives the touch of warmth. 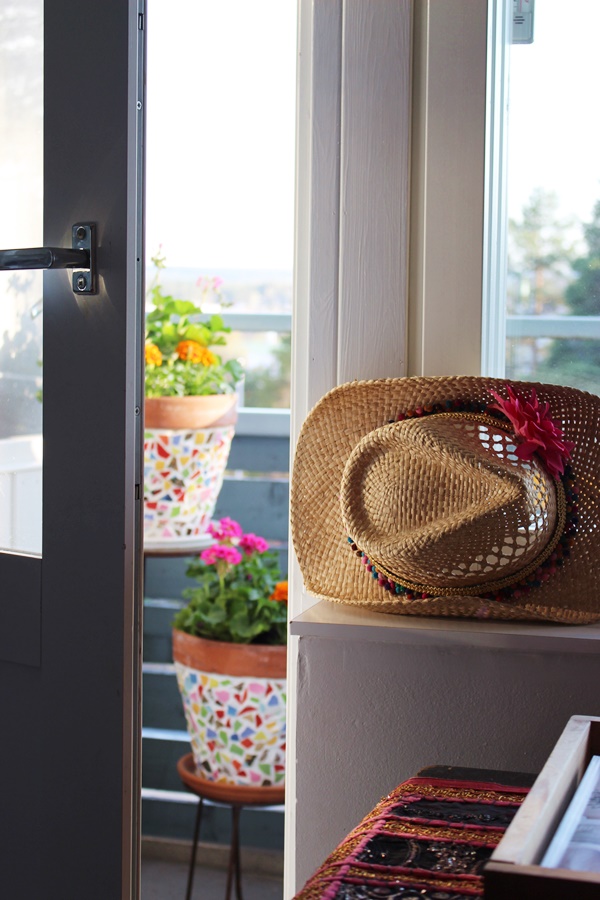 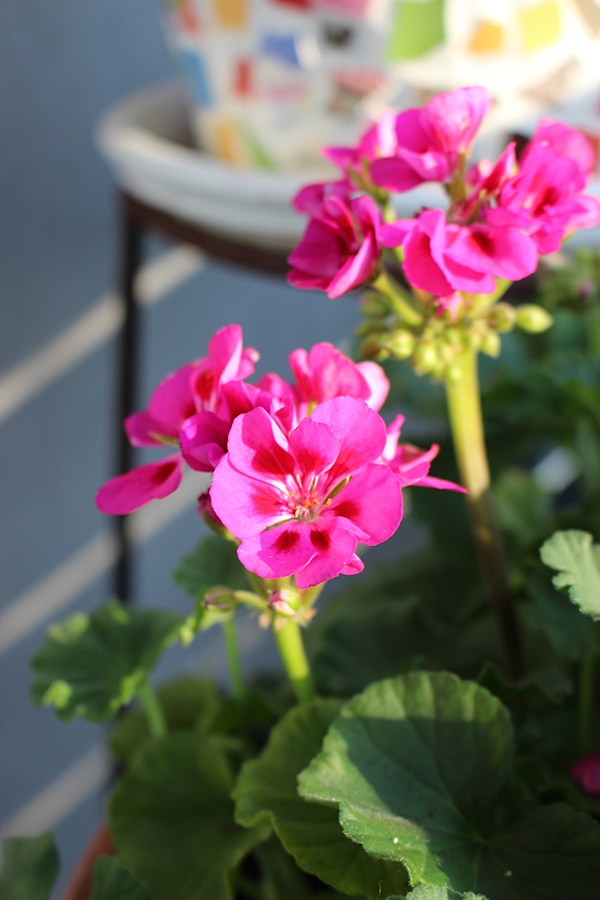 19/52 Peter Kimani: Dance of the Jakaranda (2018) A theme ever so current, how to find a place one is allowed to call home? There is and there has always been immigration. People have leaved places they have called home to find better circumstances and possibilities to build their life. In Dance of the Jakaranda young Babu and his wife Fatima leave Punjab for better work possibilities. Babu is a technician, one of many who take a part to the massive task of building a railway in Kenya. McDonald, British soldier, is bound to the railway as the leader of the project. Reverend Turnbull is also playing a role in the happenings. The lives of these three men are twined together since they meet the first time. When Babu's grandson Rajan meets a mysterious woman he falls in love with, the hidden links between these men and happenings of the past begin to reveal.

Lots of what has happened in the lives of these men seem to be consequences of misunderstandings and poor communication. Especially in McDonald it is visible how the ways he has been taught to see the world effect on how he interprets what comes in front of him. He keeps his own views instead of realizing the limits of his own knowledge and trying to learn about the culture he is currently surrounded. When he needs help to understand what Babu means with his actions he consults the notes of his predecessor that verify the imperialist way of seeing the world and people who do not come from the same background. It is somehow easy to keep the thought patterns one has learned without a need to be critical towards one's own culture and what one has been taught to keep right. Questioning the so called right ways might help the future but one needs strength to go through the sometimes quite unbearable realizations that might occur at the moment. When we look back in the history it feels difficult to understand how people in the western countries were so satisfied to themselves and how they thought they were so excellent in everything that they needed to go and guide other people. How it was reasoned that they could go and take advantage of someone else's resources and ship goods to one's own land seems unreal. Yet part of these structures exist in some form even today's global traffic of goods when the backgrounds  of the products are not visible. Cheap products guarantee a certain lifestyle with the expense of taking from others.

All three men are looking for a different life than what has been possible in their native country. It raises the question in which terms one is allowed to reach for better life? Can one just decide to leave where one is born and head anywhere on the Earth and build a home. McDonald reveals that his background is not that high class as it first seems. He too has had a possibility to build a life that would have been too far to reach in Britain. As it is pictured in this novel Kenya offered a certain lifestyle and status for people who decided to move and form their life and career in there.  They could have better houses, leisure and commodities. There is a huge contrast to the possible life that McDonald would have had in Britain. But what is notable is that these luxuries were not for everyone but just privileges that white people took when they arrived and settled. And the thinking pattern they built to make that sound right is difficult to comprehend. The reality for Babu, who also moves to Kenya to have a brighter future, is slightly different. He with the other Indians is somewhere in between British and locals. He has some privileges but he also sees the unjust ways that the British have built their empire and how local way of life is being swiped away without asking the opinion from the people who have lived there first. It is unbelievable how big role McDonald and Turnbull are ready to take when they manipulate other people's lives. They manipulate the local politics and they intervene specifically to Babu's life. They don't even question whether they have got their impressions of Babu right before they begin their mission to ruin his chances. They just assume they know the people whose life they are about to change. People who are being manipulated don't even know what has happened. Maybe both McDonald and Turnbull have also been manipulated to act as they act and it serves some bigger interests of the empire.

Peter Kimani tells a story that takes place in the multicultural history of Kenya. When railway is constructed people are connecting and building not just railway but also relationships. It is natural that people are curious about each other and want to get to know who the other one is. World is on move today and because of this themes Kimani brings up are not just to see the history with clearer view but to see what is today. Are we bound to our own believes we keep right no matter what or are we ready to change our views? Do we blindly act according to what we have been taught when it does nothing but harm to us and our fellow humans? How could we get rid of prejudices of all kind that separate us?

Then there is the last question. When one is allowed to call a place home? Babu's grandson shows how long the process is and how the prejudices follow though generations. Even nowadays, when people move and travel more than ever, we are described based on our looks and how we resemble the stereotypical looks of a person living in a particular country. It takes time to settle and find a place that feels home. It might be that it is impossible to return to where one has previously lived. For example Babu's home country, Punjab didn't exist anymore so that he or his grandson could return. Even though the country one is trying to settle wouldn't be particularly hostile quite few places are 100% inviting new people to come and move in. People who have lived in that country their whole life continue their lives as before. The one entering has to claim their own place, make a new life with new career, friends, hobbies and place to live. If you have ever lived abroad even for a while you know that it is not easy and one questions their existence in the new place.

Maybe after years and generations the connections to the native country have finally been unleashed and only place one can call home is where one is at the moment. But still even so other people might be seeing it differently. In new situations, like in the novel when Kenya gets independent, it is thought over whose country and whose piece of land that place is. History doesn't give simple answers because what is now is built with layers of time; both darker ages and brighter moments. It is not so straightforward to point that those who where there first are the only one's allowed to stay. Back in history people have entered with various motives that can be evaluated in current light. But what this novel beautifully pictures is how people now are all the same. Where there have been groups with opposite views now there is one group because time has done it's task. People have found both lovers and enemies from the opposite side and that way made a path for shared future. Even hatred is a connection, a link that combines when time passes. 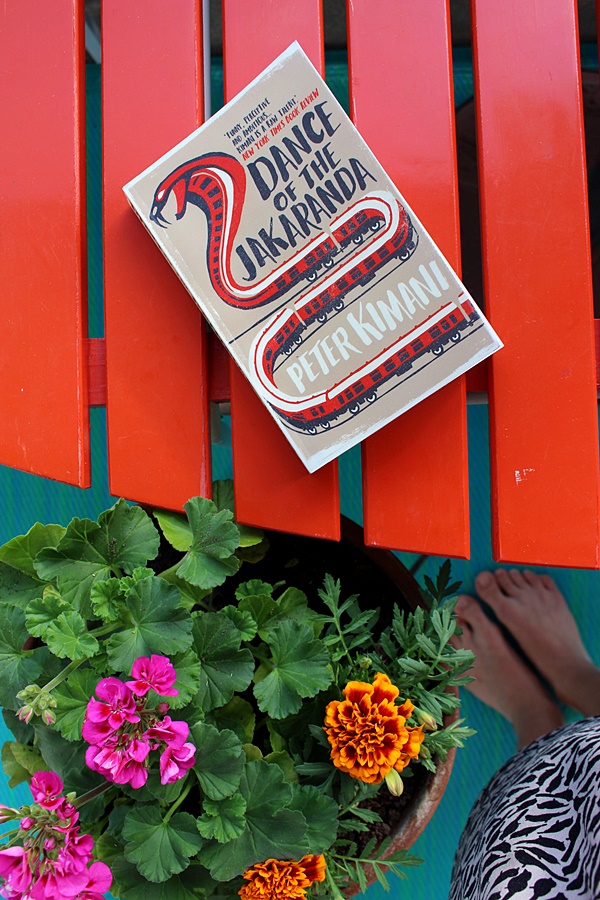 Happy Summer Days to You All!