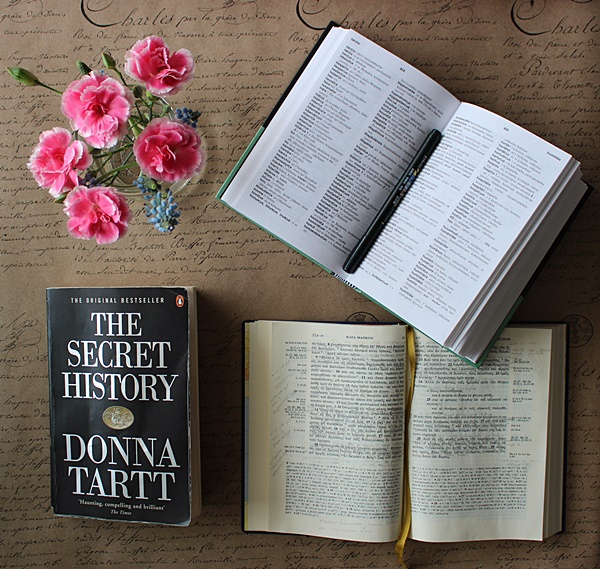 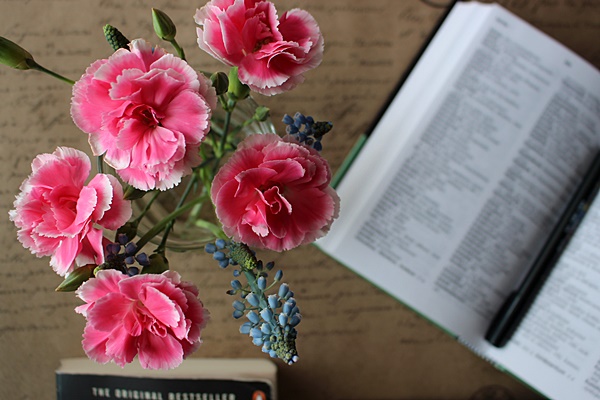 I don't know what took so long with Donna Tartt's The Secret History. I had a similar reading experience with A. S. Byatt's Possession. Both novels are enjoyable and have an interesting plot that keeps a reader hooked. When reading The Secret History I was keen to know how things will end up.  Still it took over two weeks to read this novel of 629 pages. I read Leo Tolstoy's Anna Karenina in eight days (as a challenge) but with this one I had difficulties to read more than 50 pages per day. I have been quite busy these past weeks and as a result I have been tired in the evenings when I usually do the reading so that might be something to do with it. Yet normally when I find a good read I tend to binge it quickly no matter what the circumstances. In the beginning this book made me anxious and I might have tried to avoid it's heavy atmosphere. When I got into the story it didn't feel that oppressive and I learned to read it as a good story. Also I liked that it took place with a group of classics students as I have studied both Latin and ancient Greek, many years ago that is, but still I found it as a fascinating detail. I have already forgotten the most I learned and I never went so deep in my studies that I could have spoken in Latin or ancient Greek (It is not usually even the point to learn to speak those languages). Neither were my study group in any way like the one described in the book which is only a good thing. 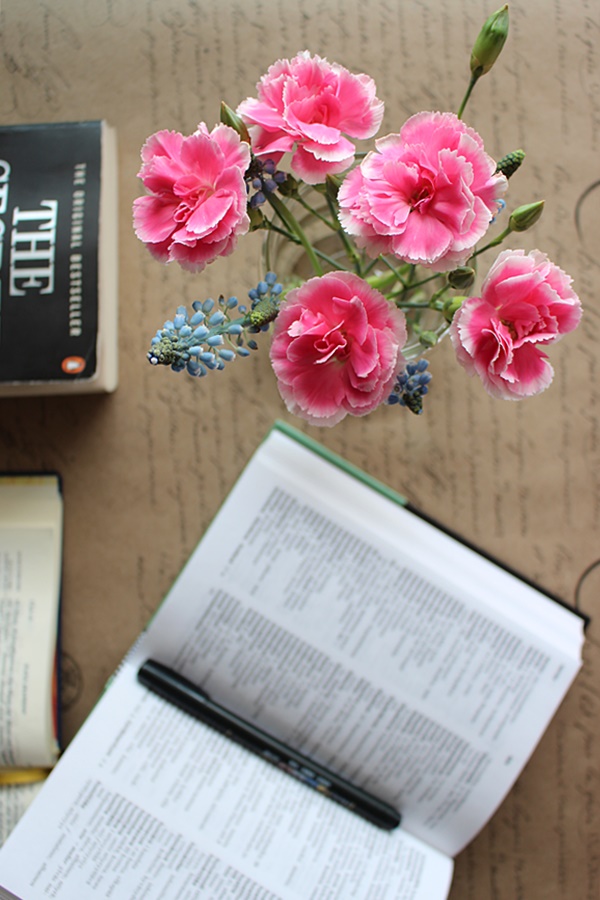 11/52 Donna Tartt: The Secret History (1992). Young Richard is looking for a lifestyle that is completely different from his background. He works hard to attend to college as his parents are not willing to support his studies. When he hears about a group of special students that are studying ancient Greek he wants to get in. Other members of the group have some kind of elite upper class background and Richard lies about his parents to fit in. When inside the group he is drawn into a different way of thinking and seeing the world. Because the group spends so much time together they don't seem to operate with the same terms as the rest of the world. It is both fascinating and scary how the ancient culture and language they study begins to effect their logic.

Ancient tales have been born in a culture that is different from the one we know now. Even though the Greeks and Romans have had a huge impact to the way our culture has formed it has still been a society based on norms and logic we do not share these days. When the group of six students and their teacher dig deeper and deeper to the ancient texts they begin to loose the modern world and their sense of reality. Closed groups are seductive with their power to make one feel special from everyone else. I began to think of a short story by Susan Sontag that I read some weeks ago, Old Complaints Revisited (I wrote about the collection of her complete Stories here!), where the main character has been part of a group and evaluates how it has affected to their life. It is good to find an interest of one's own and people who share the same passion. It is in human nature to need a group but sometimes groups can be too closed. In The Secret History it is described in a stylish way how small steps apart the classics group from other groups, other students and other thoughts and how fatal effects it has.

The small group twines together in a world of myths and ancient deities. The members of the group don't seem to find other students as their equals and communication with the others is sparse. Instead their thoughts are inspired by the classics they are studying. They are a group of absolute hedonists who want to live the roles given by ancient myths. This rises a question whether anyone has a right to demand divine experiences to fulfill one's own sense of superiority? Is it right to demand the knowledge about the essence of life that no one else has or to seek to live forever on the Earth when everybody else has to die? Is it right to keep oneself wiser than everyone else? And all this with the cost of others. It was scary how they sort of lost their sense of reality and began to see themselves as superior who have the power to evaluate others. It is the danger that lies in every group that is too closed and works just in a small circle not allowing anyone in to criticize it's logic. In a group where people encourage each other to think in a certain restricted way it is possible to create an own system of right and wrong.

When the irreversible acts have happened the group of students begin to deal with guilt in different ways. If the reality was blurred for a while then after the horrible events the world and it's rules and laws begin to look clearer.  Their act that felt justified for a moment looks unforgivable in the daylight. It was interesting to follow the group's thinking process and the way they rationalized and made right something that is wrong in every aspect. What was justified according to the group's interest's was in huge contrast with the moral codes of the rest of the world. It is shocking how wrong decisions the group can lead itself when there is no one to bring in a new way of seeing things or to give objective opinion. An example of a different kind, one can try to find a solution to a problem but nothing comes up or the solutions are poor. A brainstorm with few people make one see things in a different light and find better solutions. When the members of the classics group become a one unit that comes up with bad solutions they should try to get a different perspective, but they don't. Also it is a good bad-example how group can lead itself to a sick decisions when all the members back each other and the group's inside reality becomes the only reality. They seem to lose their empathy for a while and act like in a game where they want to win without counting the costs. Afterwards the bad things they did to others begin to haunt the groups coherence. They begin to see each other as potential enemies. If the group could come to a such decision against one of it's members who is to know if that kind kind of joint decision is made again and I am the victim.

Excellent read, truly recommend! Have you already read The Secret History? What kind of thoughts it provoked in you? 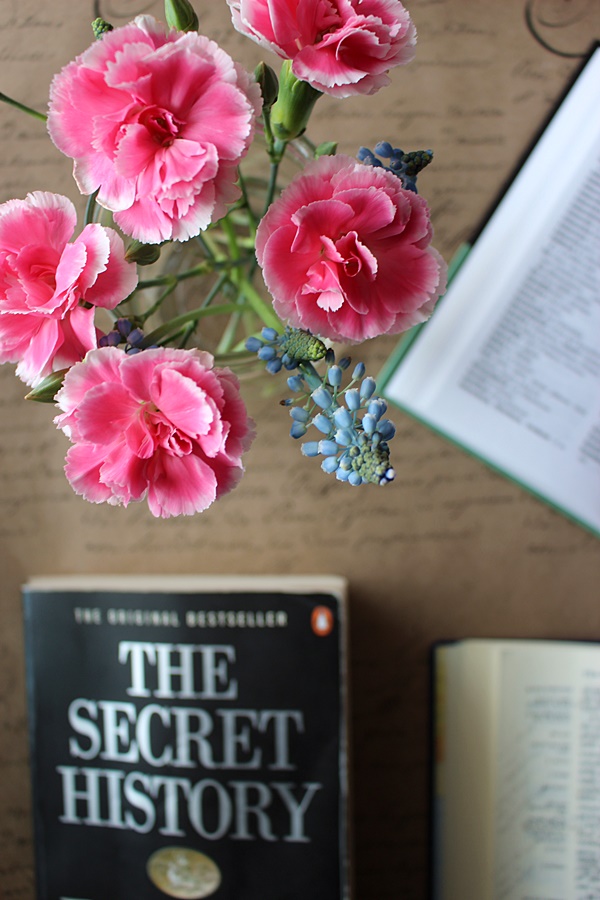