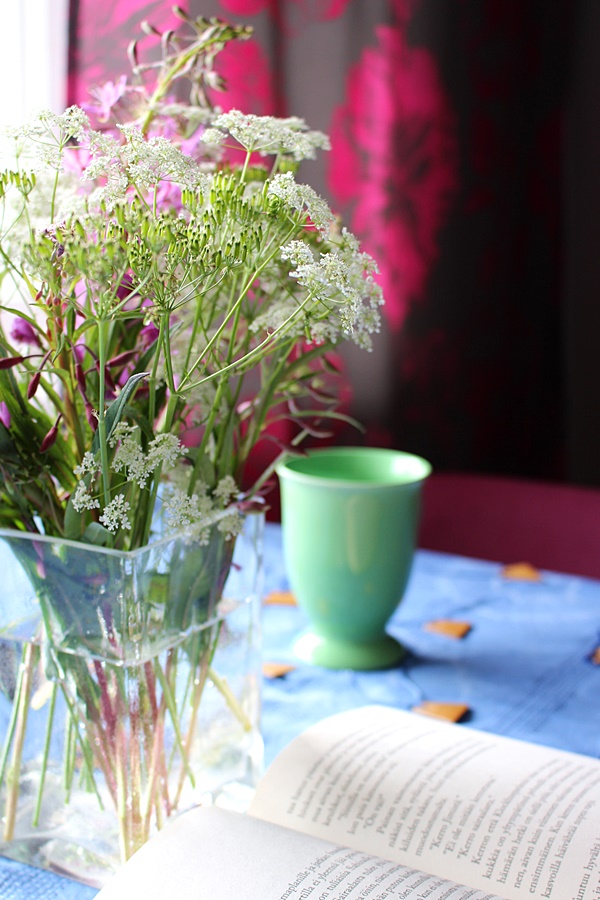 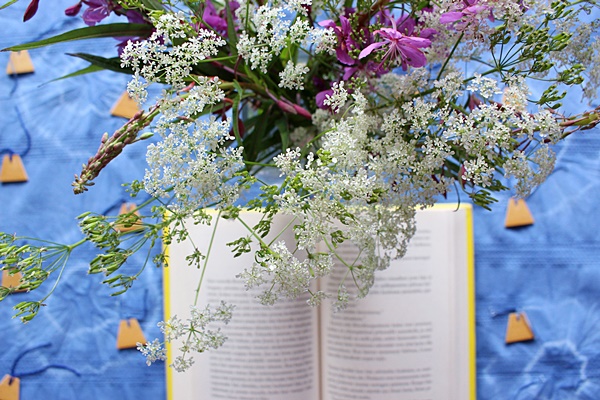 31/52 Sara Stridsberg: Beckomberga. Ode till min familj (2014), I read this in Finnish Niin raskas on rakkaus. I thought I would be able to read this book so that it doesn't affect my moods but I couldn't. The subject is quite heavy and brings up themes that need processing. This is a novel told on a perspective of a young girl whose father is an alcoholic with suicidal behavior. Because of this father Jimmy has to go to the mental hospital where his daughter goes to see him. In the hospital daughter gets to know various people living in there. The hospital is not described as a dark place, quite the contrary. Beckomberga hospital is a home for people who can't or don't want to live like the so called normal people. Together they are doing fine and the hospital is a community where everyone has their own place.

Some of the people living in the hospital have done horrible acts but they are not labeled by that. They are all actually average people who have just had a turning point that has lead them to this moment and to the hospital. Daughter Jackie is open to know the people and finds them interesting. Maybe she sees that the line between a person who is ill and who is sane is not that clear. She is also going on a difficult phase as a teenager whose father is not someone she can trust to be a parent. At times she goes to a role of a patient wanting to be part of the community of Beckomberga. She also ponders if she is like her father and will end up trying suicide. The novel questions what is it that makes some people to want to end their days and others to grip on life.

I have read Sara Stridsberg's Drömfakulteten, a book about Valeria Solanas (I wrote about the book some months ago here!), and I think she knows how to tell about the dark side of the human mind and describe people who are left as outsiders in the world. World is tough in way when it casts out people who don't seem fitting to the norm. A man Ove has lived most of his life in Beckomberga and it was horrible to read how he describes his future outside the place. When other people are rushing from place to place and have their relationships he feels he will be left alone on the streets and no one will notice him. Is it fear that isolates people to the margins? Do so called normal people have a fear that someone will show them their abnormal and dark side? And is that why they don't want to see what is outside their comfort zone? When in reality the division might not even exist. We will all have struggles in life in one form or another. It is actually easier to live acknowledging this possibility and accepting own dark and ill side. Often times the factors that put us to margins are quite minor, something in our character might exclude us from a group of others. It might be a decision of a single person, a group leader, who decides that someone is not seen as fitting for the company of the group.

Stridsberg writes about loneliness and pain that is caused when a person is left out. That is why the home for the misfits is so welcoming to the people who live in there. We all need friends and family who take us as we are. I felt the pain of the characters Stridsberg introduces to us. It is the most horrible feeling to be alone in the world when no one cares about you. There has been lot of talk about loneliness and what it causes to people. I simply hate it when the reason for loneliness is seen as the fault of the person suffering from it. That they are not trying enough or that there is something wrong with the person who doesn't find company. The fact is that quite mean and horrible people have friends and wonderful people are left alone. Life doesn't make a fair share. It is good for those who have friends and social networks to see it as their own accomplishment. What comes to people in general there are those who are ill and those who are too ill to see how ill they are. No one is 100% sane and healthy. I haven't yet met a person who would have been in perfect balance. What has been incomprehensible to me is why we can't be together and why on Earth it is so difficult to have open groups that would not close doors? And what causes emotional blindness to see those who need to be invited to the company?

Sure not all characters of this book are lonely. Some of them just don't want to participate in this world but desire to be carried elsewhere. They would have families and people who wait for them to come back but they can't or they don't want to. I liked how open the approach in this novel was and how the habitants and their actions were not described as anything special. That made the novel light to read in a way. It makes one accept what life brings and not to be afraid of dark moments. In the beginning I said that the book affected to my moods. And it was because of the loneliness and externality is describes. It is not scary to be different, we are all different, but it is scary to be left alone because of some character we have.

Compared to Drömfakulteten this novel was not as heavy and dark read. I would love to read more from Sara Stridsberg. Only these two novels have been translated to Finnish so next I will have to try reading in Swedish.
Posted by Sannu Vaarala at 20:30