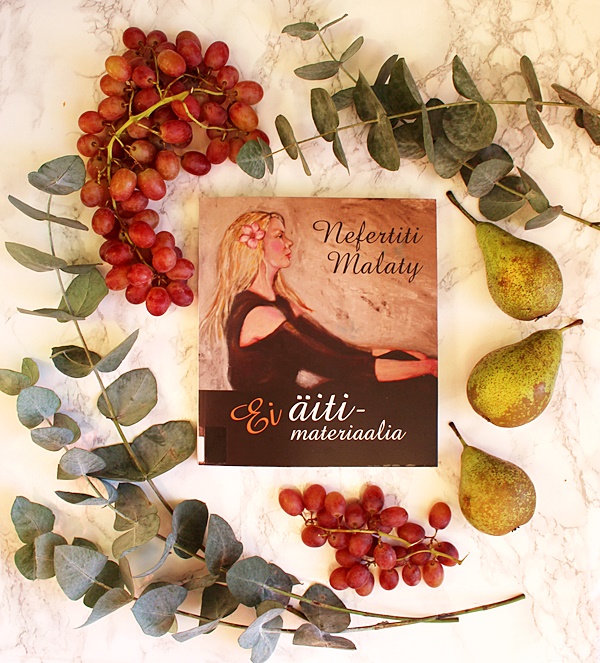 To stay voluntarily childless is one of the options one can choose in life. Yet it is still a choice that raises lots of opinions even these days. People might doubt your capability to make the decision by saying you don't know what you are losing or that you will most surely change your mind. A voluntarily childless person confronts more prejudices than a person who has chosen to want children. Those two decisions are not seen as equal and the decision not to want children is combined with things like selfishness and career oriented lifestyle. It is seen self-centered to be happy just the way you are in your life without children.

I have experienced many kinds of attitudes towards being childless. In some situations I have felt outsider and it has been impossible to address that as a problem. Because the solution to my problem would be to have/want children of my own and then become a member of the group.  It is like there is no need or duty to consider people who don't have children, they can be left outside because it is their own fault. In any other case it would be bullying but what comes to being childless by choice it is seen as personal decision that has consequences. If you don't make children you choose the path of an outlaw, someone outside the society of good people. There is one sort of women's culture that gets it's roots from motherhood. Motherhood and womanhood are seen as synonyms. In that discourse experience of motherhood is something that combines all women no matter how heterogeneous the group is in other ways there is this one subject that is common. Building of a group starts with addressing how we  women know... and then continues with some experience that is connected to having children and raising them. Once I was in a situation that it was Mothers Day and I was given a rose just because all women are mothers and raising children together even if they don't have children of their own. It was one of the most awkward situations I have been in. It is thought that if you don't have children you still have the motherhood in you because you are a woman. If you say out loud that you don't feel like it you can be left outside alone.

There is also the concept of societal motherhood and woman's role as a mother in society who nurtures, guides and takes care of other people. By combining motherhood to womanhood some characters are forced to women and taken out of someone else who would feel those more natural. For example to see all women as nurturers is harmful towards people who do feel like women but struggle in filling this norm and start to question if they have some way failed. These norms are changing but are still present in today's society. It has not been one or two times in my life that I have been asked to nurse someones children or even take a small job in nursing children. This thought that I would be good with children cannot rise from anything else than the fact that I am a woman. It is thought that it comes natural to take care of someone's children and that I would actually enjoy spending my free time with children. It has also been argued that I should practice nursing children so I know when I have my own.

This leads to the great non-fiction book about voluntarily childlessness. Because all that I just told from my own experience is something quite many women who address themselves as voluntarily childless have gone though. Nefertiti Malaty's Ei äitimateriaalia (2018), could be translated as Not mother material, was a liberating read. It lists quotes one will hear as a voluntarily childless and tells about the prejudices and attitudes people still have. It also goes to society's level showing the politics that push women to procreate in the name of the nation's well being. It is liberating to know the power structures that make one doubt their own decisions. It is accepted to say to a woman that you will change your mind, you don't know what you are missing if you don't make kinds and motherhood is one the greatest things in life. These might be true for someone but it doesn't make it right to force feed these to people who have thoroughly pondered the subject and have courage to say out aloud what they know is true to them. One is allowed to say that you will regret if you don't make kinds but how would it be if someone would say to a person who has kinds that you will regret that decision. It is tragic if a person makes children just in case not to have regrets afterwards. It means that childlessness is pictured as a lifestyle choice that lacks some greater purpose. One optional part of human life shouldn't get such a big role.

The pressure is huge and it comes from all around the society. It becomes difficult to hear your own voice. Children are seen as a fulfillment of a well lived life and as a continuum of human life and well functioning nation. New taxpayers they state. It is selfish women who ruin this vision. It is not true though. The best part of this book are the narratives of women and non-binary who talk openly and honestly about their life and the prejudices they have confronted. Most if not all of them are active in some organization that makes societal work. They have also dedication to voluntary work. This doesn't mean that there is some debt to pay for the society if you don't make children. The point is that the archetype of a childless person as selfish and self-centered is far from reality. These interesting and inspiring people I read about have many things they are passionate about and those interests take time. I have noticed this in my life. There are so many activities, new things to study and learn, so many causes to work for, that I don't see where I could find time to be a mother.

The book opened how people have noticed they don't want to have kids. Some have known their whole life and some have realized as an adult that Hey, it is not compulsory to have children if you don't want to! I know the later. One day the notion came to me. I had felt sort of hurry all the time in life. There was a certain pattern to run though. I studied fast to move to work life and to be productive. As a student I had the thoughts that what if life doesn't go according to this given pattern? What if I am not married at the age of 30 and mother at the age of 31? Fertility was running out of me and time to settle and have children began to end.Will I be left alone and outside, I asked. The pressure was huge and put me down daily. Then one bright day few years ago I finally understood that having children is not for all and it is not compulsory. I realized it might not be for me at all. Instead of time running out I had all the time in life! For some not having children feels final as for some to have children feels too final. Our experiences and ways to see our live's are not similar. The world around us tels us a story, story where people find love and settle and make kinds. In that world it might be challenging to make this invention that it is not meant for all. There are options that are equally right. It is perfectly OK to look for relationship without the pressure to become a parent after few years together. Those are two separate things. A great relationship and being loved are not awards of motherhood.

Malaty's book presents one option among many. It doesn't claim that staying childless is the only way in life. Neither does it criticize those who decide to make children. The book doesn't defend the decision to stay childless. Because there is nothing to defend. If more people decide to be voluntarily childless it is not a threat to anybody or anything. World has enough people already and those who choose are free to have children. People who don't want children of their own are not against children or hate them. In the book some even had their career in working with children and youth. Being child free can be the best and happiest option for some and that decision should be respected. Cartoon artist Kaisa and author Monika  are telling about their interests and that they would't have time to be mothers as a part of that all. It is heavy that people without children and singles get so much negative attention, advice and confront pure discrimination in both hobby and work groups as well as in the society. As Malaty writes no one drives the cause of the childless and singles in the politics. We are part of the community too and we work for common good from our own place. Old fashioned norms shouldn't justify discrimination and make it right to pressure people act against what they feel they are.

I would recommend this book for voluntarily childless as an empowering read that gives support in the decision. This is also good read for those who want to know their options. Instead of painting a dark picture of life without children it shows how happy and fulfilling life can be when you make the decision that is right for you. It would be equally great if people who have children could read this book too and see the other side of the subject.

Email ThisBlogThis!Share to TwitterShare to FacebookShare to Pinterest
Labels: books, reading, reading suggestions, what to read