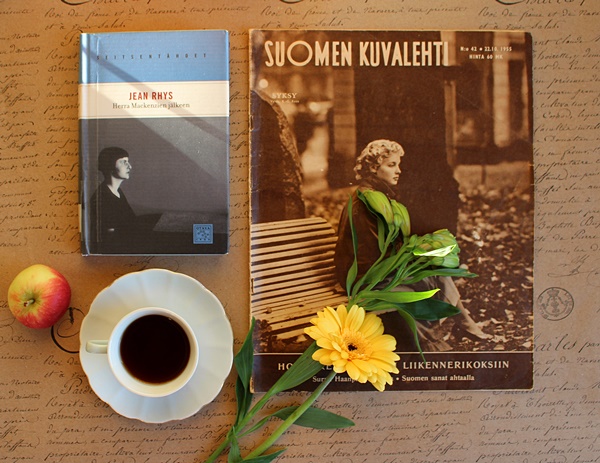 She gets a little money from somewhere, goes and spends it to a new outfit. It is more than retail therapy in order to feel good. She buys a new armor to survive a next humiliation. Because the humiliations never end, she spent her last money to that outfit and is forced to contact old acquaintances and ask for money to cover her basic needs.

36/52 Jean Rhys: After Leaving Mr Mackenzie (1930). It is somewhere around 1920s and Julia lives from day to day. She has left Mr Mackenzie half an year ago and lives in a hotel getting weekly money envelopes from her past lover. She is loose from the world and blurs her mind with alcohol. She is careless and doesn't see a chance to take the lead of her own life. What comes to her basic income she has relied on men the past decades.

Men see a woman sitting in a bar as a possibility to have a jolly evening. Julia doesn't invite them but they come anyways and expect that she offers light and enjoyable company. Mr Horsfield seeks Julia's company even though she is not that keen to be entertaining. He is disappointed when it reveals that Julia is depressed and not that kind of company he wished for. Though he has no reason and right to demand Julia to be different he is in belief that his presence will change the atmosphere. That a woman who is alone comes happy and pleased when she gets male attention. Before they leave the bar Julia says her clothes are shabby and she is not herself. She is absent and fears she might lose her mind. Despite this Horsfield thinks he can make the situation turn into something different. And later in the novel he sees that Julia takes advantage of him by asking support. It is a thought provoking contrast what they speak together and what they think in their own minds. Horsfield acts as he wants to help and seeks a company of a woman who is going through a hard time. Yet at the same time he moralizes Julia's behavior, how she takes advantage without giving him anything back. Maybe it is about communication, we wish things had a different meaning so we could get what we want. 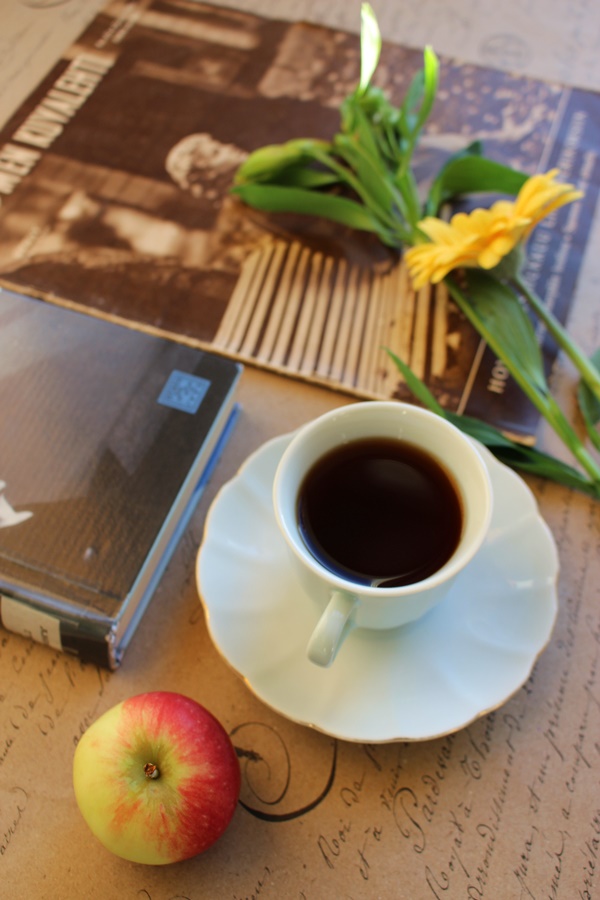 The way she makes decisions is an opposite of leading her own life. Whether she goes to London or stays in Paris is decided by a car horn that makes a sound before she counts to three. She is not actually thinking her options and reasons to go to London. The decision is random and that effects to her whole stay in the city. Her sister and mother haven't expected her and her sister is not that keen to take her back into her life. Sister Norah and Julia have completely different lifestyles. In those two characters Rhys writes about pros and cons of both women's decisions. A reader can empathize both sides and live through the pain they have had in their life. Julia is homeless wanderer, who has had many relationships and also chances to see the world. Yet she remembers how her younger sister Norah got more attention from their mother. Norah has been taking care of their mother. People respect her and her sacrifice. That respect has become a prison of duty and honor. The kind words make her stand from day to day but also keep her stuck. Reassuring support she gets makes her loose the grip on her life. When she begins to doubt her decisions and thinks about other options she stays in her place because it is save. She gets a panic about how time has gone and repeats to herself that she is still young.

As an opposite Julia sees in the men's eyes that she is old and worn out. Uncle Griffits evaluates Julia and makes a judgement that she is not young anymore. He makes it sound like that not being young anymore makes her someone to feel pity. It is a fine line how long you can assure yourself that you are still young and decisions what to make of your life are in front of you. Pushing the panic away is a mechanism that makes one push necessary decisions to the future. The way Rhys writes about time and opportunities passing is melancholic, true and powerful. She doesn't tell which one is the right way to choose but reveals how difficult it is to stay awake in one's own life. As if she says don't sleep too long or sleep through your whole life without caring. 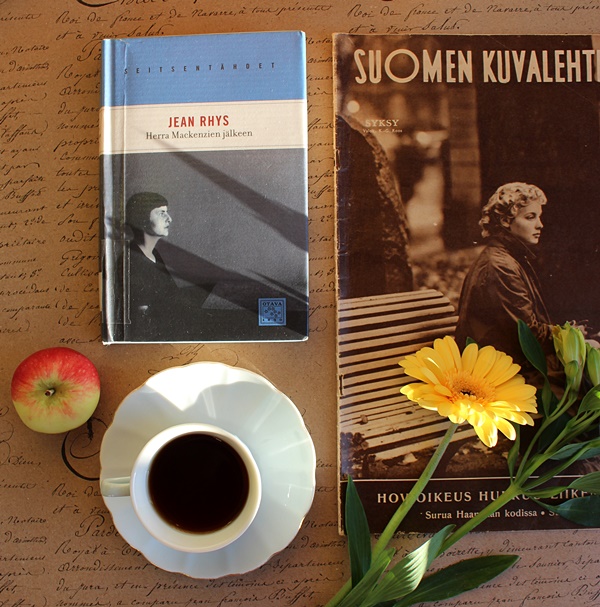 Julia is sensitive and when she walks though the streets of Paris and London she looks in the minds of people. She cares what people think about her and is afraid that she seems idiotic. She is relatively young, 36, but in the phase of her life when she begins to think of her age and how it shows. Julia doesn't take strength from the life experiences she has had. She is vulnerable to the eyes of others. Maybe people don't even pay attention to her. I wonder how much we pay attention to how people look at us in the streets. Sometimes subconsciously we brush our hair with our hand to make ourselves more presentable.

In the end Julia is not a victim. She knows how to make a new skin and continue forward. She has no wish to disappear even though in other ways she is careless. She knows how to use men who push into her company to her own advantage. She turns upside town the setting where men want to use her to their own amusement. In the end she is not someone to be helped but someone who helps herself no matter how humiliating the circumstances are at times. She ponders how amazing things there may be waiting for her, happiness, facial massage. I loved her wry humor that connects to the advertisements we see in our Instagram feed. Happiness and facial massage seen as as equal sources of fulfillment in woman's life.  A new tampon that makes us jump bungee jumps.
Posted by Sannu Vaarala at 19:58