Floating in the Consciousness 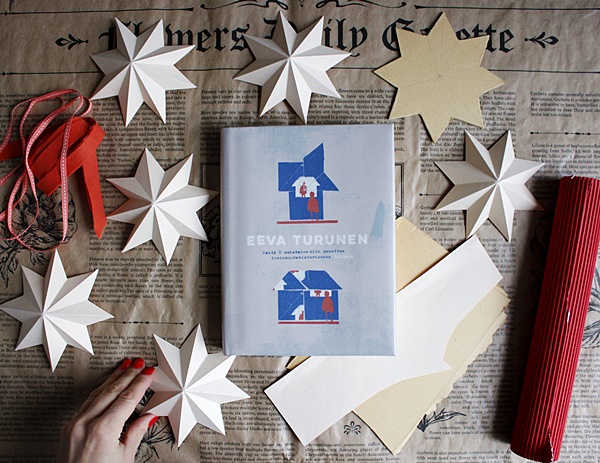 Of all the books I have read so far this one has the most beautiful, original and poetic language. Eeva Turunen uses words one doesn't hear that often. This book made me remember how magical Finnish language can be if the author has the gift to use it on it's full potential. Turunen's Neiti U muistelee niin sanottua ihmissuhdehistoriaansa (2018) has not yet been translated to other languages, so this treat is now only for those who can read Finnish. I wonder what a challenge it would be to try to translate this because one of the main elements of this work is in the language and it's nuances. But they translate poetry so it must be possible.

The book also plays with genres and it can be read at least in two ways, as a collection of short stories, dialogues and poems that tell the histories of different characters or as a novel that describes different angles of the person's life. The main characters have a lot in common what comes to their personalities. Their way of seeing the world is similar and it makes sense that actually all the stories tell about the relationships, career and life in general of the same person. The characters are referred as miss U, miss K, miss N or their names are not told. This made me ponder the idea that maybe the characters are written anonymous, like in a manner which someone would really tell about their relationships; Well I won't tell their names lets refer them as A and B, OK? Personal issues are often told with a mist of anonymity so it won't feel too revealing to tell what has been going on in mind.

The relationships described are mainly between women, love affairs, crushes and friendships. It is refreshing to read women's experiences that are not to do about relationships with men or raising children. Turunen also breaks the  conventional roles by writing characters that surprise, their choices and ways of seeing the world are not as one might first assume. For example in some stories the gender is not so obvious or necessary in a main character's mind but when they reflect other people's actions toward them it reveals how those people are assuming and behaving according to their interpretations.

The stories are stream of consciousness in the most fluent way. The reader gets to the waves of consciousness and gets a glimpse of what is currently on the mind of the main character. In the opening story two women are travelling in Island and the other one, miss N predicts that the volcano might erupt soon. In her mind she does all kinds of neurotic arrangements in case it happens. She seems to be aware that her mind is going to paths that are not logical anymore and tries to hide the purchases she has done in case the emergency hits. In another story an architect is not getting sleep at night and begins to reflect her latest commission. She is in the  beginning of her career and goes through what possibly went wrong because she was not chosen to complete the design of the building. The thoughts circling in her mind are very relatable; should I have laughed in that situation to bond better with the customer, was my way of expressing myself unclear and did the work done correlate to what the customer was looking after and so forth. All these annoying details that make it impossible to be proud of one's own work. To add to the pile of anxiousness she begins to imagine how her ex-girlfriend is living a dream life with her new woman. It is so real to go though the whole life and it's mistakes and could bes in the late hours of the day when sleep is not arriving.

I think it shows in the style of this book that the author is an architect and a play writer. At parts there is something similar with a play manuscript. The situations are described in a minimalistic way, A says, B says, A thinks etc. For a visual person it gives more than thick and fully charged writing. The style gives air to picture the situation, where the people are standing and what they are doing. The picture formed to one's head gives more about the whole context of the happenings that could be written with more words. In one of the stories the main character tells about her worries to the property manager in a letter. Instead of the letter being static it is in constant move as the main character goes though her home, what can be found there and who she meets in the yards and corridors. The letter contains her life and the past events which open the situations and why she has so much time to ponder and write to a complete stranger she has made her friend.

The luxury of time is common to all characters in these stories. They have time to look back and go through every detail in their past relationships, they have time look where they are at the moment and what is around them. There are cotton swabs in door wreath, the flowers are nastily packed to revealing transparent foil and neighbors move in their balconies. Also there is something similar in their lifestyles. Work or other interests in the cultural field are visible. Past relationships are haunting their life at the moment or low self-esteem is affecting to the current affair. Their life sounds real and something we can feel through our own experiences. Even though we would be doing great and we would have a work we enjoy and well functioning relationship, still there is some insecure place that gives warnings and puts us to reflect what we have done wrong. It happens every now and then in all situations where we communicate with each other. Because most of us want to show themselves in good light and treat other people in a manner they deserve.

What I particularly liked about this book was that the main characters are quite ordinary, trying to make it in their life whether single or in a relationship, with a job or without. They are lost after a girlfriend has left or waiting the woman of dreams come out of the DIY cardboard teleport. They are looking for appreciation in work life. I think almost all have gone though moments like that, absent minded wandering in the apartment and streets waiting for something wonderful to happen. I am not sure if that reflective and neurotic spirit ever stops haunting even though the teleport would blink. 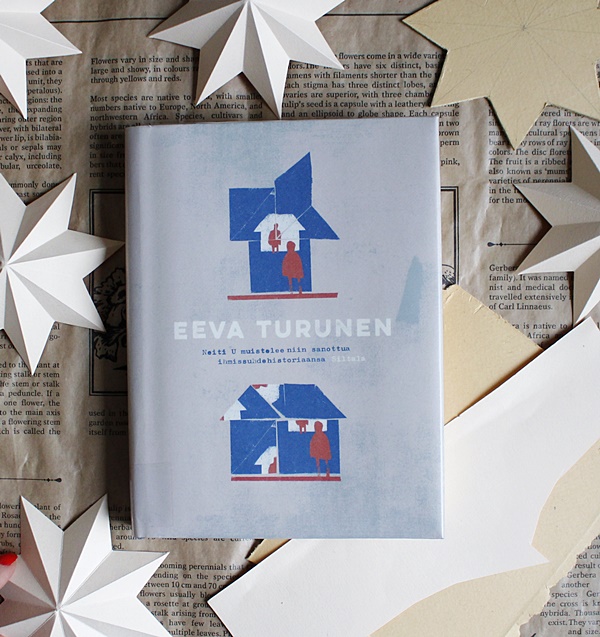