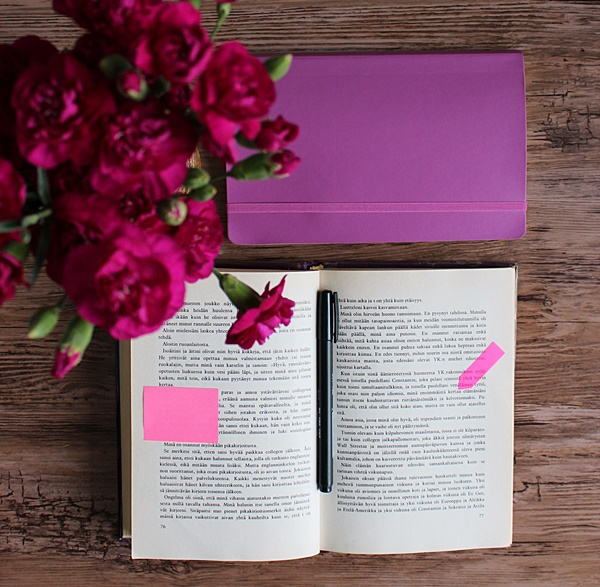 Sylvia Plath's work has been on my must read list for long. Before Easter I finally took her novel, The Bell Jar, from a library. I have wanted to read this novel and at the same time I have been avoiding it. I thought it might be too depressing, especially knowing how close it is to her own life story that had a tragic ending. To be frank I was a bit scared that I would feel anxious after reading this novel. I knew I wouldn't be able to take distance from the subject and just read it as a merely fictional story. What I found, when I took the risk and read the book, was that it was actually liberating to read about the main character Esther's experiences with mental health problems. Plath describes happenings honestly and brutally. The liberating point is to find from the book a person who has gone through same peculiar thoughts as you even though life stories and experiences are otherwise very different from each other. Like what has happened/ is happening to someone right now/ might happen to anyone of us some day are all shared experiences. Something that maybe not everyone but quite many people after all might have to go through and live with. Over an year ago I watched a documentary about the history of Finnish mental hospital Kellokoski. The documentary is called Hulluus kylässä and it can be seen at Yle Areena (here), it has no English subtitles though. It is a documentary that gave me a great dose of healing laugh. I hope I tell this right because it is some time from when I saw it but a man in the documentary told about his experiences with depression. He said how he slept through nights and days for some time. And then he said, "the quality of sleep was quite poor then". And I laughed. This is all very serious, the documentary had many interviews with patients and healthcare professionals. It didn't mock or understate mental health problems. But what you need sometimes is to be able to laugh. To think that even this dark matter is part of life and belongs to the day light. Sometimes you have to cry and laugh at the same time to get over it. 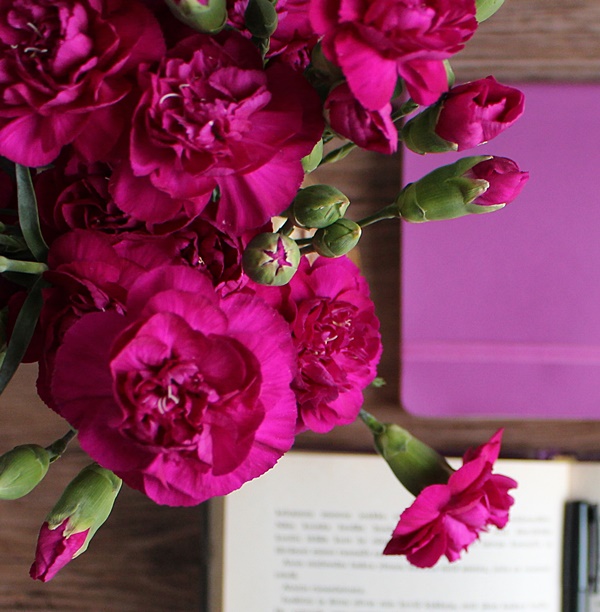 The main character Esther is a hard working and talented student who has gotten a chance to spend summer in New York and work at the magazine. In the middle of her summer of dreams she begins to loose her grip on life. Esther has a pressure to achieve a lot. She is ambitious and trained to chase goals she has put to her life. It is easy to relate to her hurry in life. All the possibilities that are waiting to be taken.  I think a lot of people these days have similar feelings especially when social media informs us from different exciting ways to spend a lifetime. So many possibilities from career options to travelling the world searching for oneself. Esther describes the options with a fig tree and how she tries to choose which one of the figs to take. When she is stuck in the phase of choosing she begins to loose her options. One by one fruits get spoiled. The pressure to choose and choose wisely is too much. At some point rules in life change and one has to make decisions. During the school years and studying life is still quite forward. You just do your best if you want to achieve your goals.  Then comes the big question. What would you choose to demand from life? The ambitiousness has not disappeared anywhere and all that you know is that you would like to have an extraordinary life. Some of the pressure is self made, one knows there is capacity and will to do better and it creates a circle of trying too much. Until someday energy has disappeared from every limb and even the most simple tasks begin to feel impossible. This would be a good point to stop and take a breath. But instead of that you look around and the people around you seem to move from one part of life to the the second and you are left out and try to reach the same pull to the future.

Plath describes truthfully how little by little Esther notices how things she could do before with ease start to feel impossible. She looses the edge she has had. World begins to feel unfamiliar and looks like other people have some extra dose of energy she doesn't have. She has imagination and she can think of different ways to spend a lifetime. Yet she lacks the last push to live. She would like to write but she hasn't lived yet so she could write about her experiences. The novel is a cruel and honest picture of what it is to be a young adult. World is actually quite sick in one way. A perfect individual is both young and achieved a lot. Some can perform this combination. Some are clever not to even try. Some get tired trying. I think when you begin to compare you don't compare yourself to one person at a time. In your mind you have a bunch of people whose best features and achievements construct an image of perfection. And against that perfection you compare yourself. Like Esther you see the fig tree of possibilities and you can't choose because you actually want to achieve it all. And that is where the last drops of energy are drained out trying and pushing too hard to stay on the surface.

With no energy mundane activities begin to feel too demanding and even irrational. What is the point to wake up every morning when you have to go to sleep and wake up the next morning. Esther nails it with her thoughts about going to shower and how exhausting it is. She questions why to go to shower when this same activity waits you the next day. She would like to have it all done at once and for good. Every routine in life just comes as the same every day leading you through the boring and dull life that has no meaning. It feels strange where do these people get the energy to do all these things. The bell jar is a private bubble with it's own rules, logic and way of behavior. When one is inside the bubble other people are left outside. They will continue to live their life and do the things they have always done. Question is how many people are waiting when one comes out of the time capsule?  Life with mental health problems is hidden from the gaze of others but it exist to the one who is living through it. After the months, years, decades that have been spent inside the capsule/ bubble/ bell jar there might be a bad consciousness about the time wasted. Because time spent inside the bell jar disappears when one comes to the world outside. It is not one of the most cheerful things to bring up in a conversation that you spent years xx dealing with mental health problems. Not that many people want to hear about it. World wants healthy and able people. Like Esther's mother who suggest they start again from where they left as if Esther's mental disorder doesn't exist at all. When actually who is healthy after all? The line is narrow and one can't predict the future and what it brings and how you react to that. In the end of the novel Esther's ex-boyfriend Buddy asks "I wonder who you'll marry now, Esther" and refers to the mental hospital that is part of her history now. Maybe the question is actually larger, who and what kind of people will surround you in a new situation with the experiences you have had? 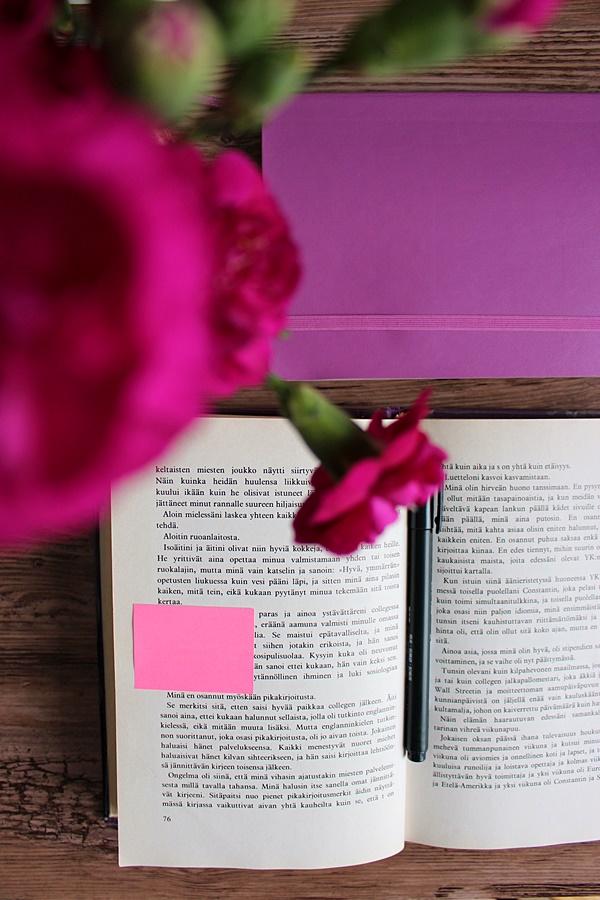