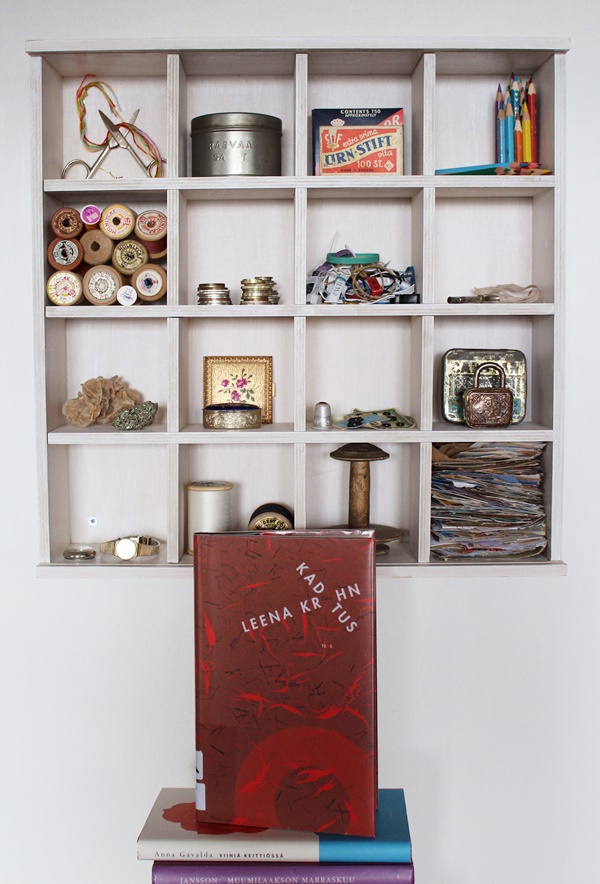 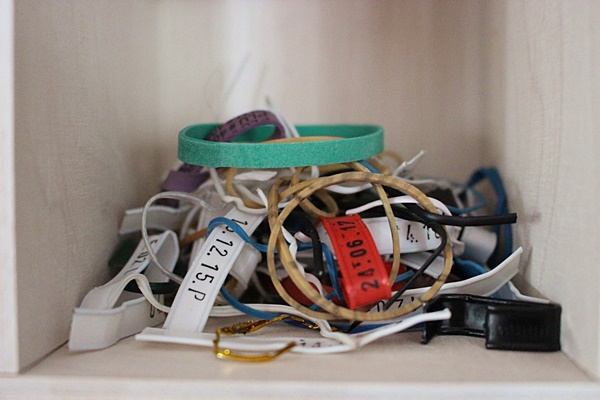 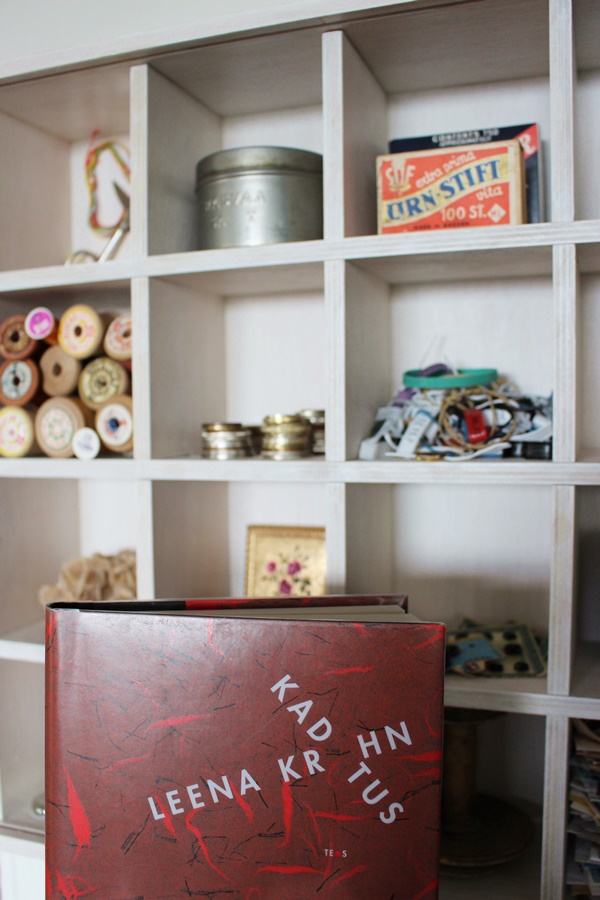 I should try to pick more books that are about enjoying life, having a good time, romance and other happy stuff. Books that I have read seem to go through difficult themes that are not easy to read and process. Now that I have been reading more I have noticed that I choose novels and collections of stories that offer a challenge. One thing I have noticed to have an influence on my reading is education. I am social scientist after all and when I read these books I can't help finding societal issues and critique against the state of the world. I guess someone else would be reading the same pages very differently. I love to read from a perspective of one person going through certain issues but I also keep in mind how big phenomenon might be in question and actually that not just one person but many people in the real world are having same kind of experiences. For example last time I wrote about Anna Gavalda's great collection of short stories where one theme was loneliness. It is touching to read about a main character's loneliness and it feels even worse when you think about how common it is. It is a serious and fatal issue in our world. I think stories give us a push to see the world differently.

There are lots f dystopic books about technology taking room from human to human communication for example. I am not reading those as a merely pessimistic picture of the future but as questions. Questions about how are we doing right now and how we want things to develop. The first book I read for 52 books in 52 weeks challenge was Lidia Yuknavitch's The Book of Joan that was a dystopia about human kind loosing it's connection to nature and that way losing it's whole humanity. I am not against progress and new technologies. Quite the contrary I think lots of our capacity to ponder, evaluate and create will get to it's full bloom when we find out how part of our current tasks can be given to robots. Also I am curious about meeting E.T. Or if not meeting at least it would be wonderful to get to communicate and share thoughts about how we see the universe, it might open a new angle to life! Even though we are having wonderful progress it is necessary to choose what are the values we have when we create our future. After this rather eclectic lead lets get to today's book that is some kind of picture of today's world or maybe something we will see after few years. It is for the reader to choose.

18/52 Leena Krohn: Kadotus (2018) I could say that in this novel the objects are the actual main characters. In this book a rather philosophical character goes through things that have arrived to her office of lost objects. She ponders the essence of the object and it's background asking who's it has been, what have been done with it and what kind of circumstances the object has seen. Objects are quite often seen as matter but the personnel at the office knows that they have immersed knowledge, life and history. Nowadays matter is seen negative and something we should get rid off and learn to live minimalistic. Especially collecting things is sometimes seen as the opposite of intelligence, intelligence that should be working on the mind's level not to be attached on something so mundane as matter. But even after matter there is something we have become obsessed to chase and collect, experiences.

In the novel there is a night of carnival where people gather to see different kind of art performances and to get new experiences. The carnival leaves lot of matter behind. That matter is visible to the person in the office of the lost objects.  Happenings of the night get a form through the objects that offer various perspectives. The objects have a connection to people who have interacted with them and seen them. Every item opens a new story and the atmosphere of the night is pictured to the reader.

There is something apocalyptic in the world described. It is not like anything is totally different than what we experience today in our real life. Somehow people just describe the normal happenings of the night with certain tone. Like the firework might not be a firework, a person acting weirdly might not be a person at all. It feels there is something in the air that makes people to see marks of a big change, change that's nature is not a good one. Is there a reason why they want to see it that way? Has something happened already that is not just mentioned but haunts in people's minds? It made me think how change happens. Can we spot change and when and where it took place. When did we begin to live in a world of smart technology for example? When I was a kid (in 1800s ;) we did't have that much computers around and I still remember how magical it sounded to have TV in a phone (I'm ancient). In the novel some small things like robots and peculiar pets in the streets tell that it might be somewhere in the near future. People have always wanted to see marks that the end is coming. If not the total end of the world but catastrophe. Catastrophes happen all the time and it is hard to understand the connections and bigger picture. Is this it, is this the path that makes us vanish or is this still same stuff that has been going through history? Does it make difference? Does the catastrophe we wait for have to be something we have to personally be part of to see that it is the end of a world? Quite many worlds are ending at the moment when we fear the future.

The person in the office of lost objects sees how abstract, temporary and fragile the constructions of human civilization are. She ponders money and time for example. A clock and money as a material object will stay but the meanings people give to them will vanish. What comes to money it is mainly an agreement and shared knowledge. If we would not agree that with money we can buy things it would not be anything. What comes to money in our bank accounts it is just something we believe. It is not tangible. After the tangible matter what comes is knowledge we have to pass to the next generation. We have to believe that the way individuals and society understands money is the same way as we do now. What comes to time then and is it a human made concept? There is natural time in the world but it is more vague than that we measure with second's decimals. Nature has cyclical time. With human there came history of happenings that take place in linear. In linear time human is in the center, acting and changing, going forward. This is where I begin, act and end. It is a way of thinking that avoids  the thought that we are born, we live and go to soil and back to the cycle of nature. Which one feels better at the moment, to think we go back to the cycle we started or that there is linear where we are one link forward? Or maybe we always have both. There is life of the matter (our bodies being matter too) and life of the thoughts we get and share together. 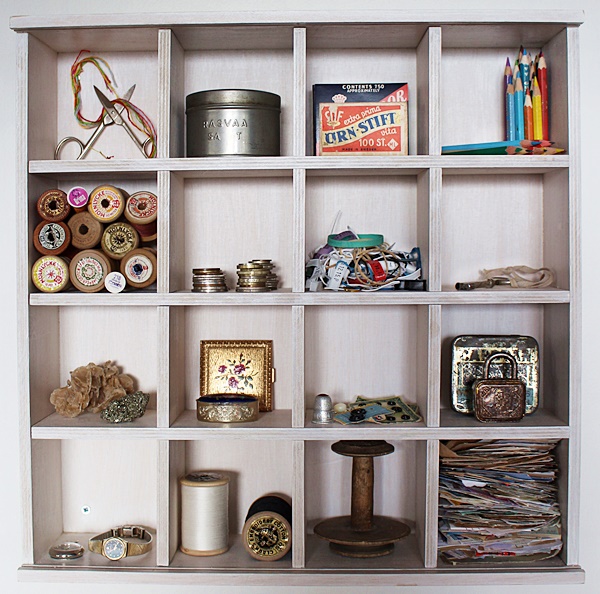 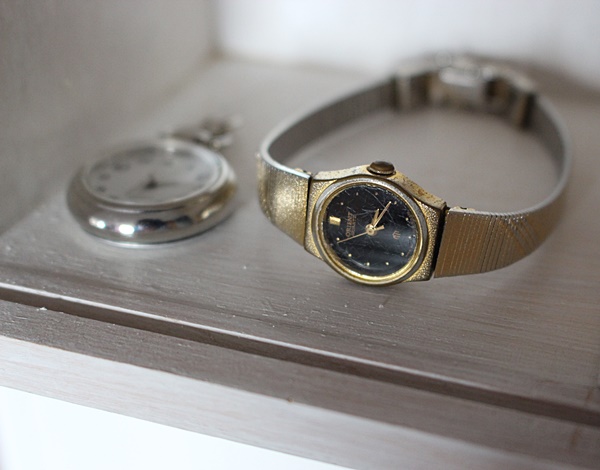 Today, on the First of May is a second day of Vappu carnival here in Finland. I guess there might be quite similar atmosphere on the streets when used paper streamers and balloons surf in the morning air. Though this is just one morning in the run of days. Sun is shining and flags are calmly in the flagpoles.

Sannu
Posted by Sannu Vaarala at 11:36